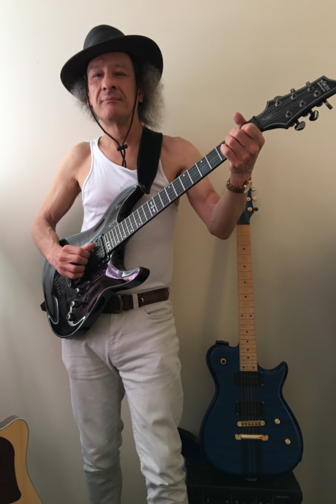 This set of papers forms an introduction to General Relativity, in as simple a manner as possible.

The goal of this approach is get to some sort of sensible comprehension of general relativity (G.R.) with out cluttering up the mind with all sorts of extraneous nonsense that’s not required, and only usually given in standard texts to try and impress one on how clever the author is.

To mathematicians this approach will be akin to fingernails on a blackboard, but I'm an EE, and see no need to complicate matters with such posh talk.

Its is assumed that the basic concepts of things such as why the grass is Greens, how to Div funds to offshore banking accounts, and how to Stoke a coal fire on a train has already been covered in other vector analysis courses. So, certain non essential goodies will be systematically ignored. For example, proving that such and such is really a tensor and that tensor equations are true in all coordinate systems and so forth is not particular illuminating, the goal is to achieve a good grip on G.R., not pure mathematics. What's much more of use to have step by step derivations that don’t jump about into hyperspace leaving you wondering why you seem so daft for not understanding something of real relevance. Usually the author was on drugs at the time and had no concept at all of what a logical argument was.

I have added some background math, just to get those of you punters who are more intellectually challenged up to relativistic speed

I do have some formal academic qualifications in Physics, although, I am er... and Analog ASIC design engineer..... .certificates

1 Its is experimentally observed that all masses, in the same gravitational field, fall with the same acceleration.

2 Gravitational fields are generated by a mass.

3 There is a geometrical mathematical object, Gab, the contracted Riemann Tensor, that measures acceleration of geodesics (shortest distance between points on a curved surface).

4 There is a physical object, Tab, the energy-momentum tensor, that measures the motion of mass (and energy).

5 Both Gab and Tab satisfy the same mathematical identity, that is Gab;b = Tab;b = 0

6 Therefore if Tab is set equal to Gab, then mass motion will be described by a geometric object that determines acceleration of geodesics, which necessarily means that it satisfies the physical observation of mass generating accelerations if mass moves along a geodesic.

POR - It isn't covariance - what the POR really means....

Ether And The Theory Of Relativity - An article by Einstein on the relationship between the Ether of Gravity and the Ether of Electromagnetism.

Covariance & Relativity - J. D Norton -  GR is not Covariance, GR contradicts Mach's Principle, and all accelerating frames are not equivalent.

The information on the page may be reproduced

providing that this source is acknowledged.

Remove EXTRACT from the email address